The Solomon Mahlangu Campus (SMC) initially started in April, 1979 as an educational facility for the African National Congress (ANC) of South Africa being known as ANC School, Mazimbu. Following the execution of a famous ANC freedom fighter, Solomon Kalushi Mahlangu by the then apartheid regime in South Africa, the ANC School was renamed Solomon Mahlangu Freedom College (SOMAFCO) in honor of the freedom fighter’s contribution to the liberation struggles. The SOMAFCO facility was handed over to the Tanzanian Government in 1992 by the ANC following the collapse of apartheid regime in South Africa. The Tanzanian Government handled part of the campus to Sokoine University of Agriculture (SUA) on 23/7/1998. In March, 1999 the SUA Council during its 60th meeting, renamed the Campus, Solomon Mahlangu Campus in honor of the historical role the Campus played in the liberation struggle of the Republic of South Africa. On March 13th 2000 the Ministry of Science Technology and Higher Education (MSTHE) officially handed over the Campus to SUA with all the facilities. After the handing over, the SUA Council appointed a Director in April, 2000 to oversee the administration and transformation of the campus.

These are some of places one would wish to visit if interested in knowing a variety of activities the ANC people were involved in during their presence.

The fact that SMC (former SOMAFCO at Mazimbu) hosted South Africa’s ANC freedom fighters has made it to have continued ties and collaborations with the people and Government of South Africa. The SOMAFCO Mazimbu Campus was a major educational centre which provided an opportunity for primary and secondary education to thousands of South African youths who were forced to leave South Africa in the wake of the 1976 youth uprisings.

Its establishment was solidified more by the visit to the site of the ANC President, Oliver Reginald Tambo, in February 1978. Every year, a group of South Africans comes to visit and perform social activities in campus through O. R. Tambo Educational Tour organized by SOMAFCO Trust, Trust Organization of youths who used to live in Tanzania at SOMAFCO. Also, the South African High Commission to Tanzania organizes biannually the South African reconciliation day at SMC, an event, which gives opportunity for various dignitaries inside and outside Tanzania to gather at SMC and commemorate the struggle for independence of South Africa. At the moment, the National Heritage Council (NHC) of South Africa recognizes SMC as one of South Africa’s heritage sites and has been assisting in preserving the History of ANC and South Africans struggle while at SMC.

Some of the key historical features in campus at the moment are the Cemetery (Heroes Square), wall paintings in various buildings indicating the liberation struggle, and various books in the Old Library. The famous Nelson Mandela freedom square, which was used to host meetings for the struggle for independence of South Africa is also one of the significant monuments left by SOMAFCO.

During the ANC time at Solomon Mahlangu Campus at Mazimbu, six hostels referred to as accommodation units “Units” were existed until today. These six Units were named after an outstanding freedom fighter of South Africa i.e.

The memory of women struggle against apartheid still appeared on a wall of one of the accommodation unit (Unit Three) at Solomon Mahlangu Campus. A picture of a group of women lead by Lilian Ngoyi during their struggle, remain as historical image at Solomon Mahlangu Campus. Lillian Masediba Matabane Ngoyi “Mma Ngoyi”, (25 September 1911 – 13 March 1980), was a South African anti-apartheid activist, treason trialist and President of the African National Congress (ANC) Women’s League. She was the first woman elected to the executive committee of the African National Congress, and helped launch the Federation of South African Women. 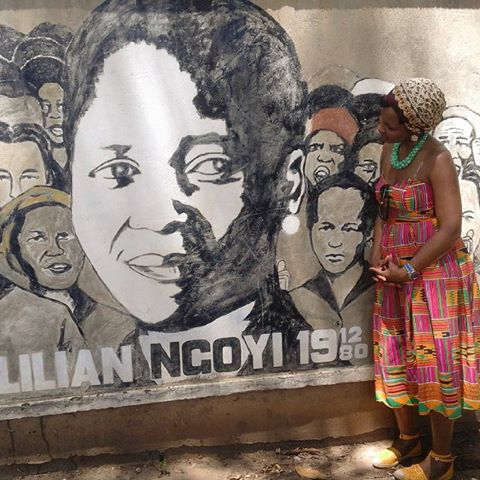 In 1954, Lilian Masediba Ngoyi took to the stage of the inaugural conference of the Federation of South African Women (FEDSAW) and stated to the gathered group of multiracial delegates: “Let us be brave: we have heard of men shaking in their trousers, but who ever heard of a woman shaking in her skirt?” As the cheers, applause and laughter subsided, Ngoyi, a textile worker and mother of three from Orlando, Johannesburg, concluded her speech in typical fashion: with the declaration that all South African women, regardless of their race or background, should be willing to die for the future of their children.

In a political career that spanned three decades Mma Ngoyi, a garment worker by trade, became the Secretary General of the ANC Women’s League (ANC-WL), the National Chairman of FEDSAW and the first female to be elected to office in the main body of the African National Congress (ANC). She would lead the members of FEDSAW to the doors of the Union

Buildings in Pretoria on the 9th of August 1956, to present petitions protesting the pass laws on behalf of the 20,000 women from across South Africa who had gathered outside, one of the largest demonstrations staged in South African history. Holding thousands of petitions in one hand, Ngoyi was the one who knocked on Prime Minister Strijdom’s door to hand over the petitions. Later that year she was arrested for high treason along with 156 other leading activists. An event that would mark the beginning of a succession of banning orders and censorship attempts aimed to silence her.

In her words and actions Lilian Ngoyi combined her identities as an African, woman, mother and worker to mobilize South African women in the fight against apartheid. For Ngoyi, the restrictions and limitations that apartheid laws placed on black women were at the heart of the system of white supremacy. Therefore, it was only natural that black women be in the vanguard of anti-apartheid resistance. She highlighted how the pass laws, Bantu Education, forced removals and other state sanctions, aimed at the separation of the races through the restriction of black movement, hit African women the hardest and were deliberately designed to erode the African family and deny a future for African children. Ngoyi dedicated her life to struggling against these oppressive measures and to securing a better future for her children and the children of South Africa. She mobilized a brand of militant motherhood that laid bare the oppressive nature of apartheid and allowed her to simultaneously address the specific plight of women in South Africa and the broader racial struggles against apartheid. As a result, the ‘women’s struggle’, and the struggle of every South African opposed to the policies of the minority Nationalist Government, became one.

Amongst the many honours since the fall of apartheid that have been heaped on her, a community health centre in Soweto, a Hall at Rhodes University, as well as an environmental patrol vessel is named in her honour. Lilian Masediba Ngoyi died on 13 March 1980, many years before the country would reap the fruits of her labour despite her express wish: “I am hoping with confidence that, before I die, I will see change in this country.” 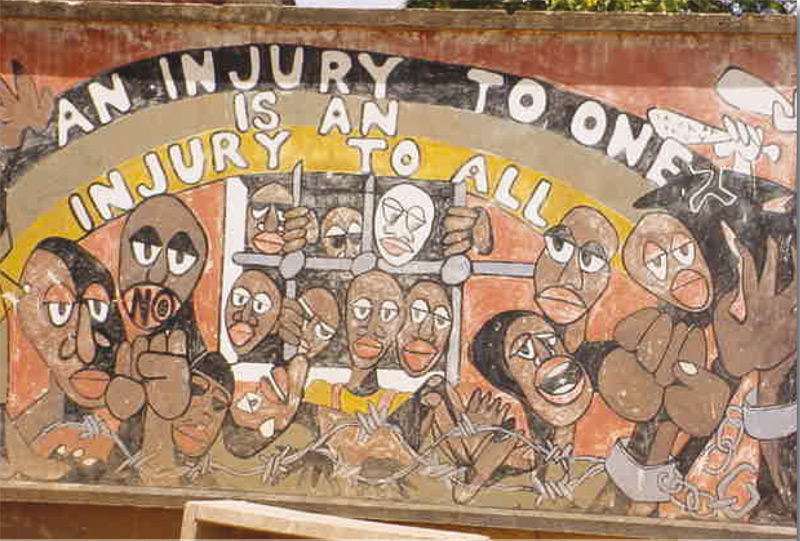